>
Coffee Recipes From Around The World
What Are Single Origins and Blends?
Coffee Roasting Explained
How To Use Coffee In Your Kitchen, Besides Just Drinking
Coffee Is Seasonal Too
What is Cupping?
The Honey Coffee Process
How To Use The Chestnut C2 Max Grinder
How To Store Your Coffee
The History of Coffee
The Natural Coffee Process
July 13, 2022 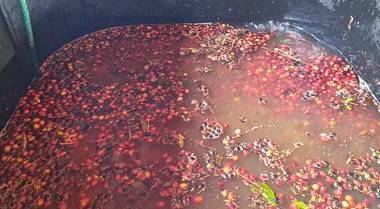 The world of coffee can be full of confusing jargon. Walking into your local, specialty coffee shop, can be a whirlwind of phrases and nomenclature that makes the whole experience a little inaccessible. When looking at a bag of coffee, there can be an assortment of information that tells details about the flavor of the beans inside. A few of these details include roast, origin, and process. You may be familiar with the country of origin and roast level, but what are the processes? A common list includes washed, natural, honey, anaerobic, and carbonic maceration.

These are different methods of getting your coffee from a fruit, known as a cherry, to a single bean ready for roasting. Coffee cherries grow from shrubs or small trees around the world. A single cherry usually contains two coffee beans as pits or seeds, though the Peaberry is an exception in growing a single pit. There is one method that dominates the specialty coffee world: the washed method (also known as wet coffee).

Layers of a Coffee Bean

Since these different processes handle our cherry a little differently, it is important to know a few parts of the entire fruit so as to see where they differ. This won’t be an exhaustive explanation of all of the layers of the fruit nor all of the methods of handling it. We will focus directly on what makes the washed method distinct compared to the list of other methods.

On the exterior of the fruit, you have the skin (you may also hear it called the exocarp or pericarp). Just inside is the pulp, which is also called the mesocarp or mucilage. Think about the coffee cherry compared to the structure of a grape, the skin would be the exocarp, and the mushy fruit the mesocarp. In this piece, though, we will be calling the mesocarp both pulp and mucilage interchangeably. Between the pulp and the beans are two layers that act as a barrier, called the parchment (or endocarp) and silver skin (or epidermis). Finally, in the center, are the green coffee beans. 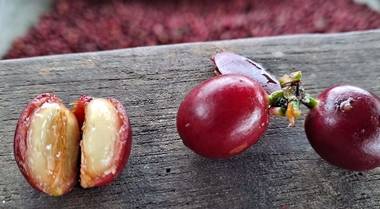 Immediately after our cherries are picked, they are pulped. De-pulping can be done either by hand or with heavy equipment and removes the skin and most of the mucilage. They are then placed in a vat of water to both be sorted and fermented, where the washed method gets its name and flavor. Undesired cherries float to the surface to be removed. After a few days of swimming in sugary pulp, the beans are taken out and given another wash, which removes the remaining mucilage and halts the fermentation process. This halting of fermentation at this point is a key step that differentiates the washed method. By halting fermentation, it halts the transfer of flavor imparted by the mucilage and gives greater control to the end bean.

After the beans have been washed, they are then dried. Drying can either be done by a machine or naturally by the sun. By this point, only the parchment and silver skin is left on the outside of the individual beans. After the beans are fully dried, they are then milled by a machine to remove the final protective layers of parchment and silver skin. 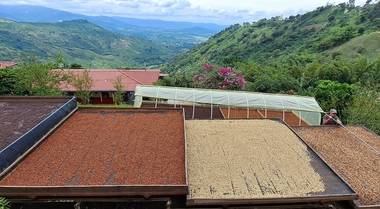 The washed method tends to be preferable in specialty coffee because of its ‘clarity’ and ‘clean’ flavor. ‘Beans don’t bathe,’ you may mutter. With the washed method, they kind of do, but they aren’t talking about the hygiene of the coffee. Other processes affect the flavor of coffee, but the washed process is known because of its lack of influence on the end product. Its clarity comes from the early removal of the mucilage layer mentioned previously. In other processes, mucilage is left to dry on the bean and continue fermenting.

By the early removal of the pulp, we are left with more chocolaty notes where the extra fermentation gives hints of fruits. Those fruity flavors can overpower the nuances of our beans. That’s why specialty coffee shops love washed beans, you can really taste the variations brought about by different origins.

A good example of a very popular coffee in shops that are typically washed is an Ethiopian Yirgacheffe. Despite being washed, though, this coffee gains some of the berry and lemon flavors that are present in other processes. Though, as an example of the washed method, it isn’t overpowered and keeps its chocolate, wine, and nut flavors that are known throughout the Yirgacheffe region. 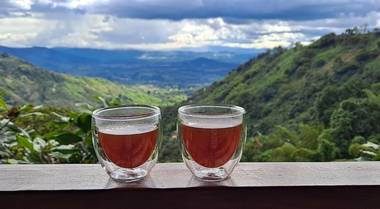 @Lardera | by adagioteas - copyright 2022
Privacy Policy   |   Cookie Policy
Ask us a question.
Anytime!
Questions?
Lardera Chatbot
You may ask me "Where is my order?" or "How much is shipping?" and I will gladly answer your question.
If you don't like my answer, our customer support team will email you a reply shortly. Ask me!
>