Antioquia is a region located in the northwestern part of Colombia, with a narrow section bordering the Caribbean Sea. Its capital Medellín is the second-largest city in the country. More than 80 percent of Antioquia is covered by mountains, which form a part of the continent’s large Andes mountain range.

Antioquia is the birthplace of Colombian coffee industry, and continues to grow more coffee than any other part of the country, with small coffee farmers and large estates existing side-by-side. Coffee trees love Antioquia's volcanic soil and stable climate, which are responsible for the great quality of this region's coffee. The attention and care in the wet milling of cherries shown by the local farmers is also a factor.

For a long time the region was marred by unrest and violence, hindering access to coffee farmers. With recent efforts to change the image and focus of the region and its capital, Antioquia had been to realize its coffee potential. The main harvest takes place from October to February with November and December being the peak months. 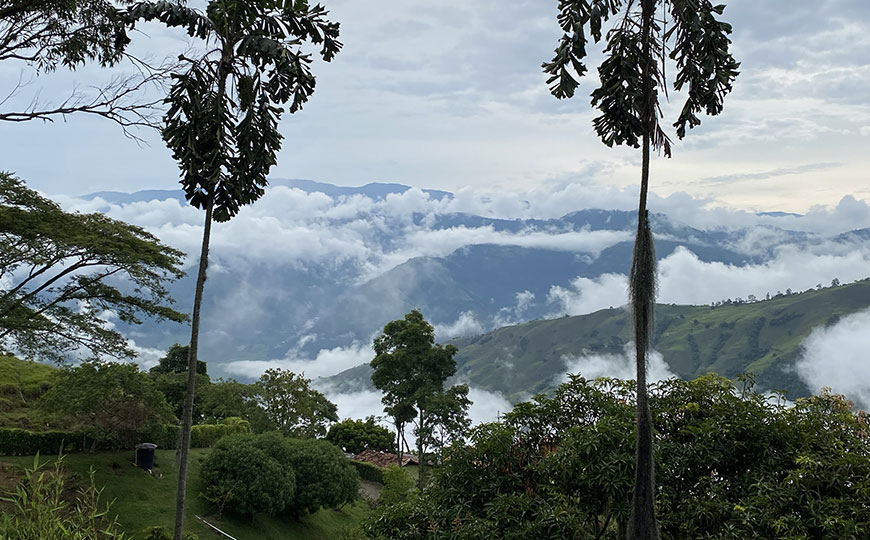 Martin Tapias's
castillo washed
31¢ / cup
score: 4.3
Eivy Monroy's
geisha washed
65¢ / cup
Eivy Monroy's
geisha honey
65¢ / cup
@Lardera | by adagioteas - copyright 2022
Privacy Policy   |   Cookie Policy
Ask us a question.
Anytime!
Questions?
Lardera Chatbot
You may ask me "Where is my order?" or "How much is shipping?" and I will gladly answer your question.
If you don't like my answer, our customer support team will email you a reply shortly. Ask me!
>